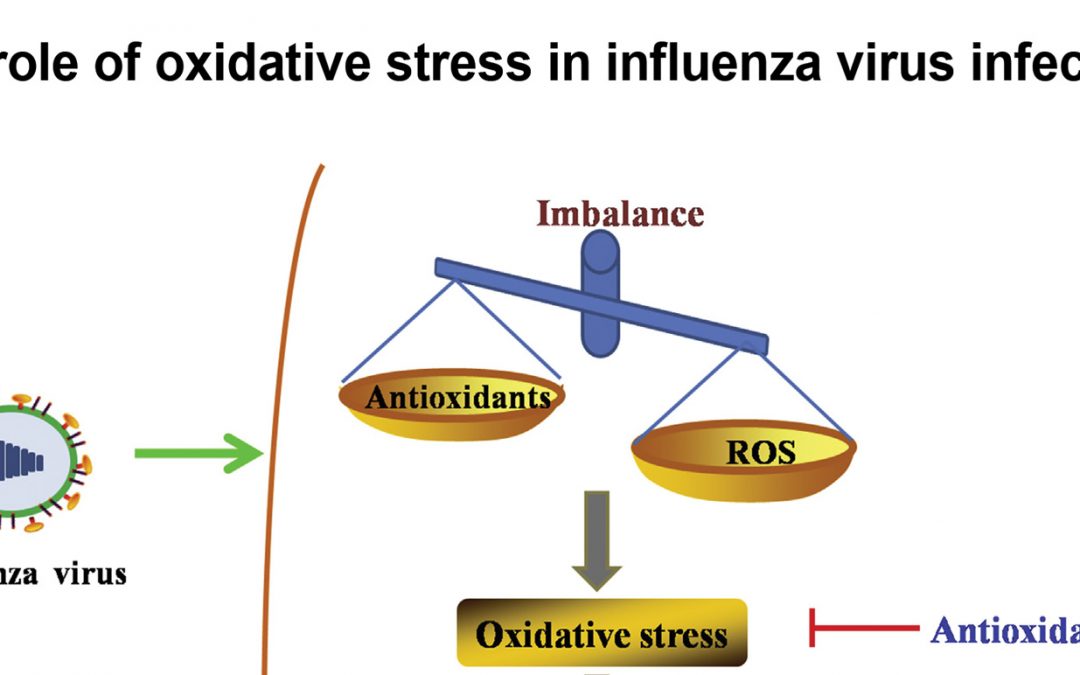 Morbidity is a term used to describe how often a disease occurs in a specific area. It is the rate of disease or proportion of diseased persons in a given locality, nation, etc. An example of morbidity is the number of people who have cancer in a given country compared to its entire population.

Virus invasion seems to cause oxidative stress, resulting in inflammatory damage.  The is an excessively exaggerated immune response, commonly known as cytokine storm.

A cytokine storm is an overproduction of immune cells and their activating compounds (cytokines).  In a flu infection it is associated with a surge of activated immune cells into the lungs. High levels of free radicals (ROS) promote a pathological inflammatory response.  Oxidative-stress is used to explain the mechanism of influenza virus-induced immunopathology.

Protection of cells from injury during influenza infection is particularly important.  It is the cellular antioxidation defense systems that protect cells.  Oxidants (the opposite of antioxidants) are involved in influenza virus replication.  The process of oxidative stress is activated by excessive free radicals (ROS) and the degree of this activation can be regulated by antioxidants.

Small-molecule antioxidants work on influenza viruses.  There is no antioxidant molecule smaller than a fullerene.  To be bioactive Fullerenes must be free (no clumping).  The only fully soluble (non-clumping) Fullerene is the Buckminster Fullerene offered by FullerLifeC60. It is so unique it has a patent pending.

4. Antioxidants in anti-influenza virus therapy.  The role of oxidative stress in influenza. Microbes and Infection 2017 pp 580—586)

Antioxidants represent a therapeutic option to fight influenza. The importance of the development of novel compounds that block oxidative stress are needed.

5. Conclusion and prospective . The role of oxidative stress in influenza. Microbes and Infection 2017 pp 580—586)

The U.S. is already in influenza season.  In the present season, there have been more than 22 million flu cases, 210,000 hospitalizations and 12,000 deaths – including 78 children – These facts are based on the weekly influenza report from the Centers for Disease Control.

Viruses like the flu can be deadly. Those who get very ill or die have weakened immune systems. Have the highest probability of staying healthy by making your immune system the strongest possible.